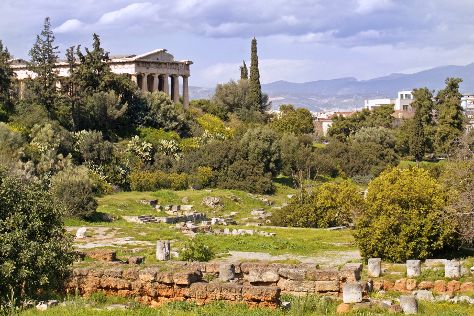 You've added Temple of Hephaestus, Erechtheion, Parthenon, and other attractions to your itinerary. On the 18th (Tue), admire the landmark architecture of Parthenon, pause for some photo ops at Erechtheion, thencatch a live event at Panathenaic Stadium, and finally take your sightseeing to a higher altitude at Mount Lycabettus. On your second day here, contemplate the long history of Acropolis of Athens, delve into the distant past at Temple of Hephaestus, and then contemplate in the serene atmosphere at Agios Dionysios Areopagitis Church.

To see ratings, other places to visit, and other tourist information, refer to the Athens day trip planning website.

If you are flying in from United States, the closest major aiport is Eleftherios Venizelos International Airport. Expect a daytime high around °F in June, and nighttime lows around °F. Wrap up your sightseeing by early afternoon on the 20th (Thu) to allow time for travel to Spetses.
more less

©
Spetses is an affluent island and a municipality in the Islands regional unit, Attica, Greece. Keep things going the next day: see the interesting displays at Spetses Museum, appreciate the history behind Bouboulina's Statue, see the interesting displays at Bouboulina's Museum, thenHead underground at Bekiri Cave, and finally tour the pleasant surroundings at Ayia Paraskevi Beach.

Getting from Athens to Spetses by ferry takes about 3.5 hours. Other options: do a combination of bus and ferry. Expect slightly colder evenings in Spetses when traveling from Athens in June, with lows around °F. On the 22nd (Sat), you're off to Hydra.
more less

Things to do in Spetses 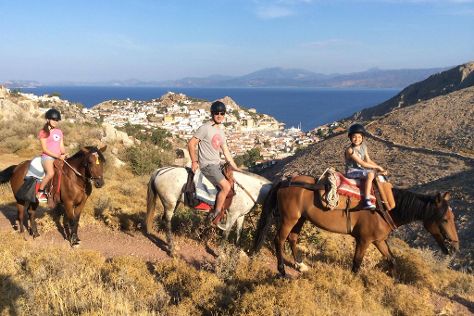 ©
Hydra is one of the Saronic Islands of Greece, located in the Aegean Sea between the Saronic Gulf and the Argolic Gulf. On the 23rd (Sun), stop by Marialena Maramenou, take in the architecture and atmosphere at Komiseos Theotokou Monastery, pause for some photo ops at Andrea Miaoulis Monument, thenstroll through Harriets Hydra Horses, and finally take in the spiritual surroundings of Convent of Agios Matronas. On your second day here, make a trip to Profitis Ilias Monastery Hydra and then kick back and relax at Agios Nikolaos Beach.

Plan a Hydra trip in moments using our itinerary builder.

You can ride a ferry from Spetses to Hydra in 1.5 hours. Traveling from Spetses in June, Hydra is a bit warmer at night with lows of °F. Cap off your sightseeing on the 24th (Mon) early enough to travel to Aegina.
more less

Things to do in Hydra

Use the Route module to find suitable travel options from Hydra to Aegina. In June, daily temperatures in Aegina can reach °F, while at night they dip to °F. Finish your sightseeing early on the 26th (Wed) so you can travel back home.
more less

Things to do in Aegina