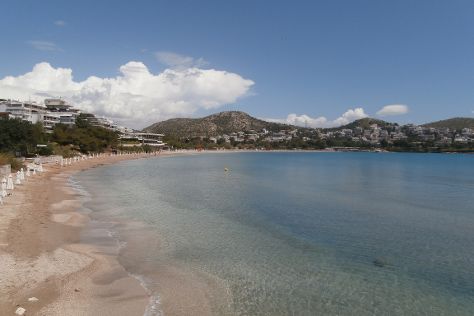 We've included these beaches for you: Vouliagmeni Beach and Voula Beach. Head to Ermou Street and Canvasfor some retail therapy. Explore the numerous day-trip ideas around Athens: Astir Beach (in Vouliagmeni) and Temple of Poseidon (in Sounio). Next up on the itinerary: delve into the distant past at Acropolis of Athens, contemplate in the serene atmosphere at Temple of Hephaestus, admire the masterpieces at Benaki Museum, and wander the streets of Plaka.

To plan Athens vacation without wasting time, ask Inspirock to design an itinerary.

If you are flying in from United States, the closest major aiport is Eleftherios Venizelos International Airport. In October in Athens, expect temperatures between 75°F during the day and 60°F at night. Wrap up your sightseeing on the 12th (Sat) early enough to travel back home.
more less