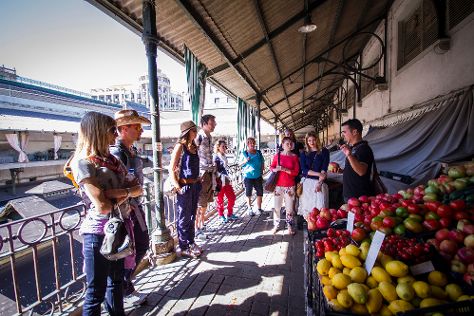 Called "Oporto" by many, the city of Porto along the Duoro River lent the country and Port wine their names. Portugal's second-largest metropolis dates back to the 4th century, representing both a rich cultural past and industrial present through its architecture and style.

Take a break from the city and head to River Rafting & Tubing and Oporto Buggy Adventure. Deepen your sense of the past at sights like Se de Braga and Capela das Almas. Get out of town with these interesting Porto side-trips: Castelo de Santa Maria da Feira (in Santa Maria da Feira), Museu Bernardino Machado (in Vila Nova de Famalicao) and Braga (The Garden of Santa Barbara, Arco da Porta Nova, &more). And it doesn't end there: examine the collection at FC Porto Museum, learn the secrets of beer at Taste Porto Food Tours, get to know the fascinating history of Rua das Flores, and pause for some serene contemplation at Church of Santa Clara (Igreja de Santa Clara).

For other places to visit, reviews, more things to do, and other tourist information, read our Porto trip site.

Lisbon to Porto is an approximately 3-hour flight. You can also drive; or take a train. Expect little chillier temperatures when traveling from Lisbon in September; daily highs in Porto reach 27°C and lows reach 15°C. Cap off your sightseeing on the 3rd (Sat) early enough to go by car to Viana do Castelo.
more less

Things to do in Porto

Things to do in Viana do Castelo

For photos, reviews, traveler tips, and other tourist information, go to the Chaves driving holiday planner.

Things to do in Chaves

©
Bragança is a city and municipality in north-eastern Portugal, capital of the district of Bragança, in the Alto Trás-os-Montes subregion of Portugal. Appreciate the collections at Centro de Arte Contemporanea Graca Morais and Casa do Careto. Get a sense of the local culture at Castle of Braganza and Iglesia de la Misericordia. Get out of town with these interesting Braganca side-trips: Castelo de Algoso (in Algoso), Macedo de Cavaleiros (Albufeira Do Azibo & Museu Municipal de Arqueologia Coronel Albino Pereira Lopo) and Miranda do Douro (Crucero Ambiental Arribes & Miranda do Douro Cathedral). There's still lots to do: pause for some serene contemplation at Church of Santa Maria, brush up on your military savvy at Museu Militar De Bragança, see the interesting displays at Museu Iberico da Mascara e do Traje, and make a trip to Centro Ciencia Viva de Braganca.

To find where to stay, other places to visit, ratings, and more tourist information, you can read our Braganca itinerary website.

You can drive from Chaves to Braganca in 1.5 hours. On the 19th (Mon), wrap the sightseeing up by early afternoon so you can drive to Pinhao.
more less

Things to do in Braganca 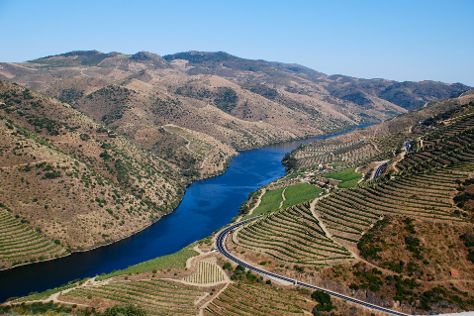 You'll discover tucked-away gems like The Douro Valley and Pinhao Railway Station. Your cultural itinerary includes sights like Quinta do Bomfim and Quinta do Panascal. Change things up with these side-trips from Pinhao: Quinta do Crasto (in Sabrosa), Penedono (Castelo de Penedono & Igreja Matriz de Penedono) and Quinta Nova (in Covas do Douro).

To find reviews, more things to do, maps, and tourist information, you can read our Pinhao online route planner.

Drive from Braganca to Pinhao in 1.5 hours. Finish up your sightseeing early on the 24th (Sat) so you can go by car to Viseu.
more less

Things to do in Pinhao

©
Viseu is a city and municipality in the Centro Region of Portugal and the capital of the district of the same name, with a population of 99,274 inhabitants, and center of the Viseu Dão Lafões intermunipical community, with 267,633 inhabitants.Settled during the period of the early Iberian castro culture, the territory of Viseu was populated by a series of cultures, that include the Romans, Suebs, Visigoths and Moors. Step off the beaten path and head to Santuario Nossa Senhora dos Remedios and Quinta da Pacheca. Deepen your sense of the past at sights like Se Catedral de Viseu and Torre de Vilharigues. Explore Viseu's surroundings by going to Lamego (Catedral de Lamego & Quinta Santa Eufemia), Peso Da Regua (Quinta do Vallado, Miradouro de Sao Leonardo de Galafura, &more) and Museu do Caramulo (in Caramulo). There's much more to do: admire the masterpieces at Museu Grao Vasco, take in the architecture and atmosphere at Igreja e Convento de Sao Francisco, explore the landscape on two wheels at Ecopista do Dao, and steep yourself in history at Ramparts of Viseu.

Traveling by car from Pinhao to Viseu takes 1.5 hours. Finish your sightseeing early on the 30th (Fri) to allow enough time to travel back home.
more less

Things to do in Viseu